​Juventus have officially re-signed centre back Leonardo Bonucci from AC Milan just 12 months after he originally left Turin to sign a five-year contract at San Siro, with the Old Lady paying Milan a transfer fee of €35m over two seasons.

Bonucci has returned to Juve as part of the deal that see​Mattia Caldara head in the opposite directionto Milan, with the Italy international agreeing a five-year contract at the Allianz Stadium.

A statement on Juventus’​websitereads: “Last season at Milan, he further demonstrated both his defensive prowess and ability to dictate the game from deep. Amongst his team-mates, he completed the most passes (2,736) and made the most interceptions (70) across all competitions.

“Not only that, but the 31-year-old made the second-most appearances, playing a total of 50 matches in the Rossoneri shirt. Bonucci ultimately failed to find his feet at Milan and was not able to drive the team on to a Serie A title challenge, or even a return to Champions League qualification, as had been hoped.

It is expected that the 31-year-old will return to his former self now that he is back in more familiar and comfortable surroundings at Juve. 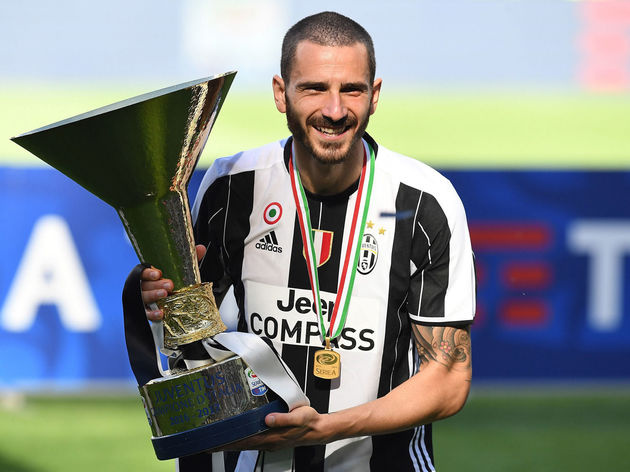 Bonucci won six ​Serie A titles during his first spell with Juve, which began in 2010 when he joined from Bari. He also won the Coppa Italia three times, as well as playing in Champions League finals in 2015 and 2017 against​Barcelonaand​Real Madridrespectively.